Monitoring 2021 of ichthyological communities on 3D artificial reefs in Monaco 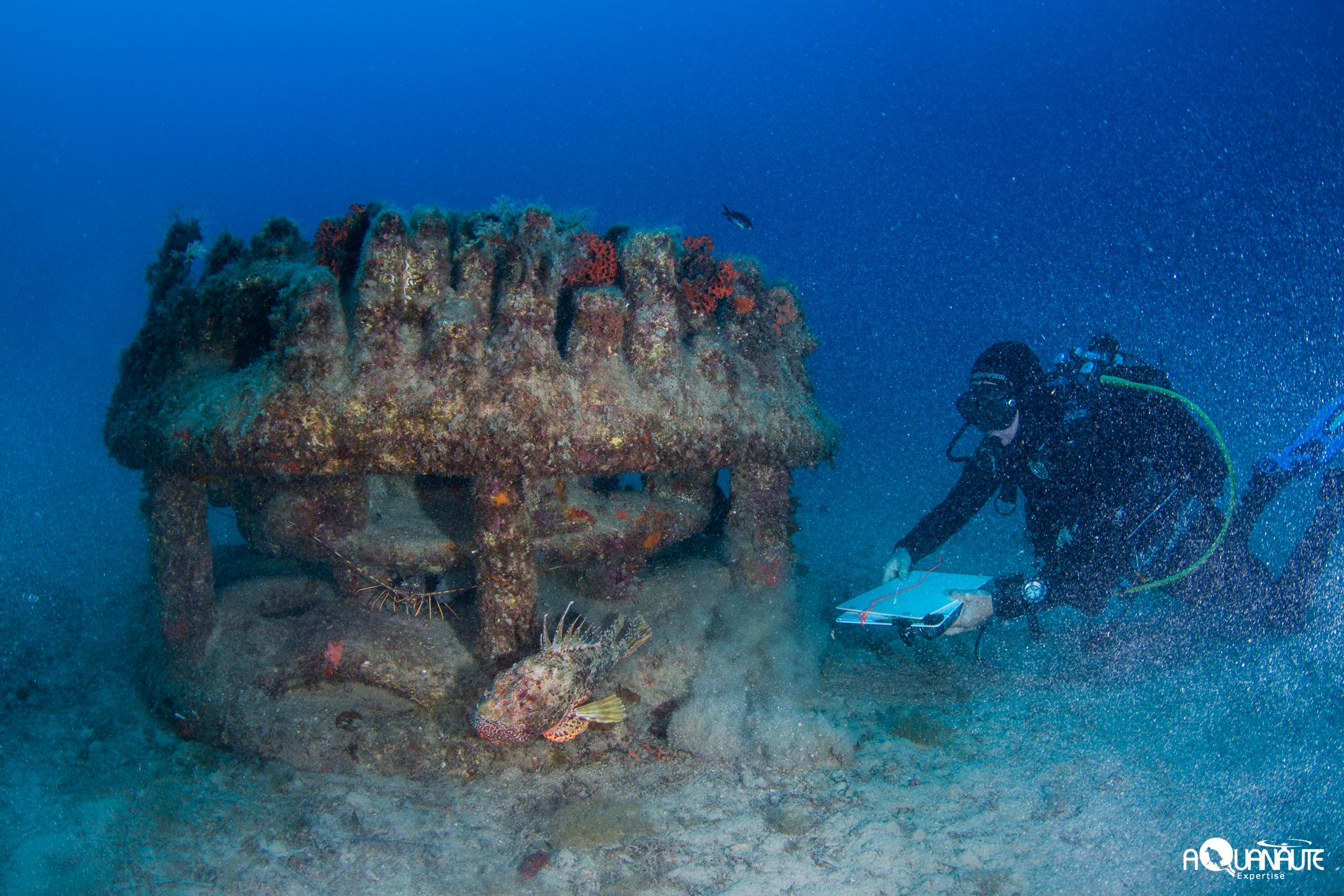 Since 2019, THALASSA Marine research has been tasked by the Monegasque Association for the Protection of Nature (AMPN) with carrying out the biannual monitoring of fish populations on 3D reefs submerged since 2017 in the Marine Protected Area (MPA) of Larvotto.

The design of these reefs was imagined by the Professor Patrice Francour, a specialist in fish populations and artificial reefs. Using 3D printing technology, he imagined these reefs in such a way as to reconstitute the various natural habitats specific to Mediterranean heritage species such as groupers, octopuses and lobsters. The results acquired by THALASSA Marine research over the past 3 years allow us to validate his hypotheses since the species he imagined colonizing the reefs have indeed been observed and, for some, have even appropriated this new habitat on a long-term basis.

The objective of these campaigns is to characterize the evolution of fish assemblages installed in and around 3D reefs by visual censuses in scuba diving according to a protocol developed by Prof. Patrice Francour. A conventional method is used with visual counts of fish populations on 3D reefs. These fish counts take into account all the individuals present on each reef, species by species. The counts are made up to 3m around and above the reefs but also inside each cavity in order to record the presence of the most cryptic species. We identify each individual, its species, its size in order to be able to calculate indicators of the state of health, namely the specific diversity (the number of species), the density or the abundance and another indicator which is the biomass of fish per reef.

In addition to conventional scuba diving counting techniques, an automated monitoring technique by photography is implemented. For this, Go Pro cameras, associated with an additional battery, are placed near a reef and left at the bottom of the water for several hours, taking a photo every 30 seconds. This will make it possible to follow the populations of fish in a complementary manner to the visual diving counts. The fish that are most fearful of scuba divers should be better taken into account than by conventional methods.